Twenty-five years in, a UCalgary dance education is more dynamic and valuable than ever

There was a time when the words “Calgary” and “dance” conjured up one thing and one thing only: two-steppin’ at the Ranchman’s. While some of our Eastern counterparts (not naming names) might like to stubbornly cling to that narrow perception of our city’s performing arts scene, the wider world knows better.

Twenty-five years ago this fall, the University of Calgary launched its formidable and hard-won Dance program — one of only seven degree-granting dance programs in the country. For many years leading up to that milestone, artists, and community leaders, including professor emeriti Keith Burgess, Anne Flynn, Anna Mouat, Melissa Monteros and the late Shirley Murray, advocated for a dance major.

Thankfully, they won — we all did — and, boy, a lot can change in a quarter-century.

Michèle Moss, BEd’84, MA’07, (pictured above leaping with characteristic joy) is the longest-serving faculty member in the program. She arrived in Calgary in 1977 via the U.K. and Montreal where she danced at the Negro Community Centre as a kid. In Calgary, she signed up for jazz dance classes at UCalgary taught by Vicki Adams Willis, BFA’72, and soon embarked on an education degree.

Moss’s approach is that a dance education can be a profound vehicle to the successful pursuit of any goal — be it a dance-related career or anything from medicine to law — with greater self-awareness, discipline, and mind-body connectivity.

“Dance is about cultivating knowledge and using your body to high effect,” says Moss, who co-founded Decidedly Jazz Danceworks (DJD) with Willis and Hannah Stilwell, and put West African dance into mainstream classes in Calgary. “Social justice, politics and history are knit into a dance education, and dance is a way of learning to take action.”

The Dance program, part of the School of Creative and Performing Arts in the Faculty of Arts, now offers both a Bachelor of Arts and Bachelor of Fine Arts in dance, as well as a combined Bachelor of Kinesiology/BA and concurrent Bachelor of Education/BA degrees. The program has graduated upwards of 400 students, including high-flying DJD dancer Jason Galeos, BA’12.

Happy anniversary to all the dancers, their teachers and the legends who have shone a spotlight on Calgary as an irrepressibly inventive and energetic centre of performing arts. 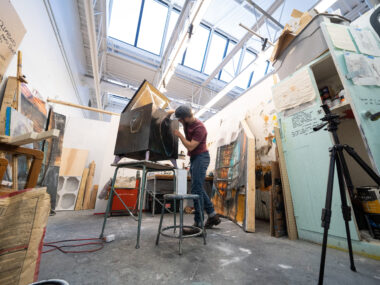 Read More
Just above the dark, dusty and very coveted carpark is a network of workshops and studio spaces where some of the most creative on campus get down to work 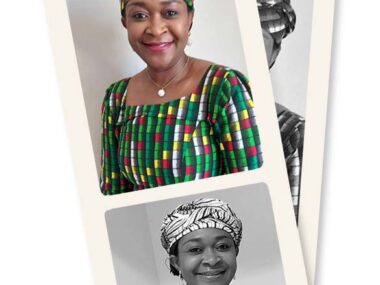 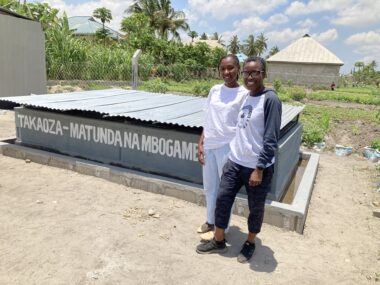 Read More
A student implements a black soldier fly biowaste treatment in Tanzania that empowers women, and could positively impact human health and the environment