Going Deep on Why Horror Horrifies

An expert explains what makes horror books and movies so scary, and gives his recommendations for what to watch and read

“Horror is a universal language; we’re all afraid.”

Horror can be universal. It can be transformative. At their core, every horror book, comic, TV show, film or story is trying to do the same thing: scare you.

It’s the kind of stuff that’s been around from a long time: myths and folklore about beasts of burden and things that go bump in the night.

“Horror is as old as humanity itself because, collectively speaking, I think we have a haunted mind,” says Dr. Anthony Camara, PhD.

Camara grew up living in houses he believed were haunted and that inspired him in his youth to retreat to the shelves of his local video store to find solace in horror films that could parallel his real-life experiences. Now an associate professor in the University of Calgary’s Department of English, Camara takes his students through the gothic (Frankenstein), the cosmic (At the Mountains of Madness) and the meta (Cabin in the Woods) as he takes them on a tour through the macabre genre.

Here, he explains why horror scares us so much. And, as does any good instructor, leaves us with some extra-credit books and movies to highlight the horror.

The universe is big, and we are small

The vastness of the universe is terrifying. When you start speculating about what might be out there in the cosmos, it puts humanity in its place.

“Cosmic horror ends up shattering our anthropocentric and religious illusions that we live in a cosmos that’s made for us and we’re at the top of the food chain,” explains Camara. We always want to be the centre of the universe — and authors of horror reject that. Instead, they present a universe and beings within it that couldn’t care less about humanity, says Camara.

That leaves us unsettled as we question: “So, what exactly is our place in the universe?”

Recommended watching: The Void, directed by Jeremy Gillespie and Steven Kostanski
Recommended reading: The Colour Out of Space by H.P. Lovecraft

Our bodies do scary things

Vampires, werewolves and mummies all stem from the 19th century when evolutionary theory linked humanity to beasts. “There were a lot of fears about evolution and how it was expressed by Darwin and his contemporaries,” says Camara. “A lot of these figures are tied to that time.”

In the 20th century, horror started dealing with the strangeness of the human body. “‘Body horror’ not only thinks about the way the body is subject to change and is fragile in the cosmos, but it’s also exploring the weirdness of the connection between body and mind,” says Camara.

Mutations, mutilations or metamorphoses of the human body are used in horror to scare us and get us thinking about our own bodies.

Recommended reading: Black Hole by Charles Burns or the manga of Junji Ito
Recommended watching: The Fly and Crimes of the Future, both directed by David Cronenberg

Many religious and spiritual doctrines have told us that, once we die, we’ll move on to an afterlife. Horror cancels that reality and flips the world upside-down.

“The horror genre breaks down these supposedly ironclad laws of reality which we think we know and we think are inviolable,” says Camara. “These works have a spectacle at their centre, and this spectacle seems deeply and fundamentally wrong because it breaks certain principles.”

A classic example is the concept of returning from the dead or becoming “undead.”

“You have these creatures that rise from the grave in a physical or metaphysical form, and it’s a kind of horrific and blasphemous re-envisioning of the mystery of the resurrection,” says Camara.

Racism, sexism and prejudice still, unfortunately, run rampant in today’s society. Horror is a place where these societal ills can be reckoned with.

“Horror allows us to confront pathologies that haunt society at large,” Camara says. “These are the all-too-real horrors that many people have to deal with almost every day.”

Horror films and books by women, people of colour, Indigenous peoples and LGBT2QS+ have often presented a monster or ghost as a metaphor for what they are experiencing in their daily lives. Diverse voices in horror lets the genre address some of its own historical racism and prejudice. Authors like Lovecraft, though a titan in the genre, was known for his virulent racism, and criticism of his work highlights the racially charged characteristics of some of his creatures.

Recommended reading: The Only Good Indians and My Heart is a Chainsaw by Stephen Graham Jones; Lovecraft Country by Matt Ruff
Recommended watching: Us and Get Out, both directed by Jordan Peele 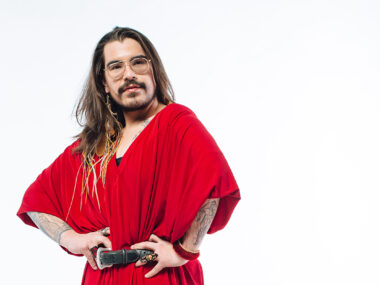 Read More
An undeniable force of talent and empathy, Indigiqueer writer and doctoral candidate Joshua Whitehead is an original on paper and in person 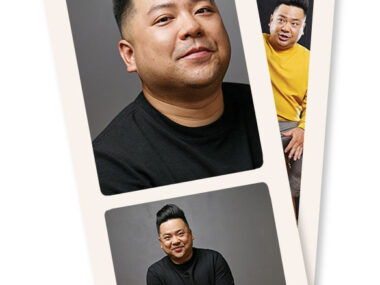 Read More
Rebounding with verve from a cancelled hit TV show, comedian and UCalgary alumnus Andrew Phung has another gold-star sitcom on his hands, CBC’s Run the Burbs. Here’s how he thinks, unwinds and stays in the now. 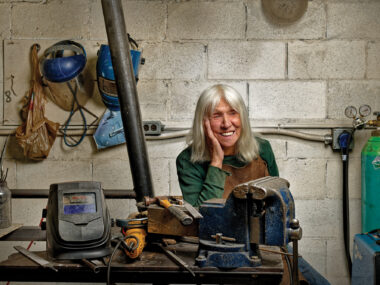