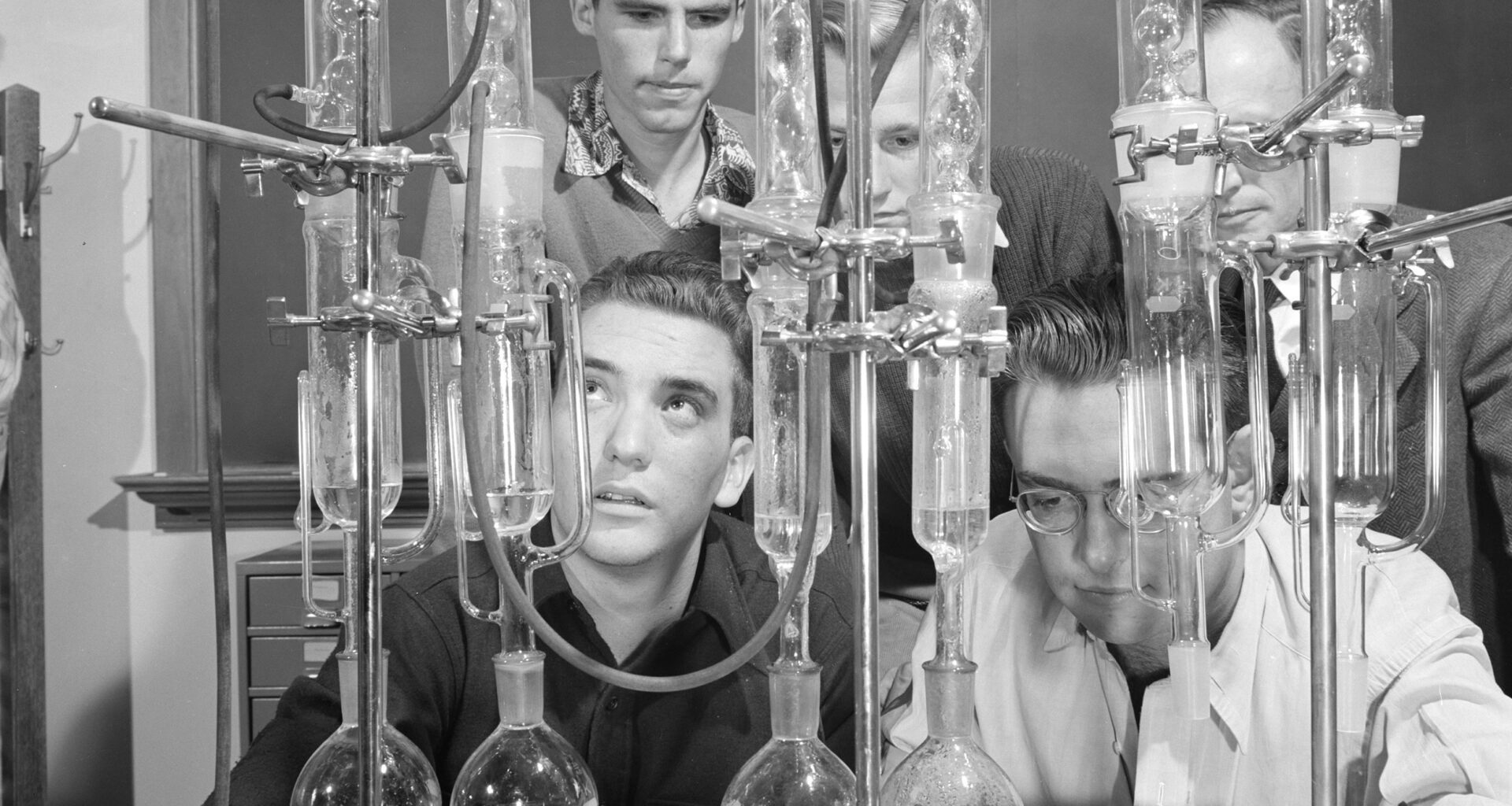 A growing movement that encourages researchers to fling open their notebooks to the world may prove that sharing is, indeed, caring.

Please stay with us while we attempt to unpack this complex (and simple) new (and very old) concept without making you feel the way we did (confused; irritable) the last time someone tried to explain cryptocurrency to us.

In brief, open science is a philosophical approach to scientific processes that values cooperation, collaboration, and transparency. Rather than keeping ideas, data and resources behind the closed doors of academic research labs, open science uses digital tools to invite anyone to observe and contribute.

The heart of the open-science movement is that research in any field, from biosciences to the humanities, must be performed in dialogue with society — in other words, open science puts real-world problems, meaningful engagement with the public and the human experience at the forefront of research communication.

While it was only last fall that the United Nations set up a framework and international standards for open science, you could say the grassroots movement has been kicking around since the 17th century with the advent of the Scientific Revolution. Scientists who had previously kept their new knowledge close to the vest (or to the vest of their noble patron) were incentivized to share their discoveries more rapidly — including in scientific journals, which were printed and distributed around the world. That made it possible for scientists and non-scientists, alike, to repeat, and perhaps improve upon, otherwise-unknowable experiments. Ironically, modern open science asks scientists to share resources and data long before a discovery might appear in an academic journal. Such publications often own the rights to the author’s article and charge a user-fee to access. Online open-science platforms, on the other hand, give immediate, unrestricted and free access to the latest research.

Opening up the scientific process and making its results immediately available to a wider audience means that knowledge can be disseminated in real time on a global scale. At UCalgary, the Hotchkiss Brain Institute has established a partnership with McGill University’s Tanenbaum Open Science Institute. It’s an initiative that proves that accelerating the pace of discovery can bring solutions more quickly to patients with neurological disorders.

While the open-science approach is not without some risk and controversy, its benefits are immeasurable — not least of which is the opportunity to, at long last, peer at your lab partner’s notes with impunity.

The Four Principles of Open Science:

Wait a minute… but doesn’t open science exclude the humanities and social science?

Nope! The approach is also sometimes referred to as “open research” or “open scholarship.” Alas, “open science” seems to be sticking, but the approach includes all research disciplines.

Besides creating opportunities to make friends, influence people and potentially solve some of the world’s most challenging problems faster, the benefits of open science to scholars and citizen scientists alike are plentiful. Open science means:

In 2006, the Tanenbaum Open Science Institute (TOSI) — named for the Larry & Judy Tanenbaum family, whose philanthropy fuelled its creation — was established at McGill University’s Montreal Neurological Institute-Hospital (a.k.a. The Neuro). The goal was to accelerate the pace of discovery in neuroscience — a crucial commitment given that diseases of the brain and nervous system are among the most complex and unmet medical needs of our time.

As HBI director Dr. David Park, PhD, puts it, “It’s difficult for people working in isolation to make significant impact. We need to work together and collaborate if we’re going to make rapid advances in brain and mental health and, ultimately, improve people’s lives.”

Cloudy, with a Chance of Plastic

Earlier this year, a team of researchers out of Utrecht University in the Netherlands won a grand prize of more than C$35,000 for coming up with an open-science tool to help combat plastic pollution in the aquaculture industry. Their project — Sea Clearly — developed a tracker that could help farmers and policymakers locate plastic particles in the ocean. That information would be linked to an open-science platform called The Blue-Cloud where researchers share data and results with each other.

Standing on the Shoulders of Giants

Open science calls for an important cultural shift in how we evaluate and credit scholars.

Sharing results early in the scientific process is a seismic shift in how scholarly activity has long been approached. Even as the Chief Science Advisor of Canada officially champions the government’s commitment to increased accessibility to federal science for Canadians, challenges abound.

Dr. Richard Frayne, PhD, is a professor in the departments of Radiology and Clinical Neurosciences and is deputy director of the Hotchkiss Brain Institute, where he leads open science efforts. Frayne says the success of the movement calls for a cultural change in how science is done.

“We’re moving away from a model where people thought of their data, their ideas, their code, their tools, as something that was closed and protected until they published it,” he says. “Engaging in open science means that the broader scientific community would have to look at a wide range of a scholar’s career, such as important contributions to the completion of a scientific accomplishment done elsewhere. It’s tricky and its evolving.”

But, Frayne says, “changing the way we evaluate our achievements is fundamental to breaking a model” that isn’t the most efficient path to outcomes and solutions.

As Frayne sees it, open science builds toward solutions through a new paradigm that supports scholars to “stand on the shoulders of giants” — the giants being everyone who contributes beneficial data, code or a new tool. “We give our colleagues a leg up by sharing information rather than having dozens of researchers all working on the same problem behind closed doors.”

UCalgary’s partnership with the Tanenbaum Open Science Institute will, says Frayne, “provide some of the resources needed for the research community to start adopting a variety of open-science approaches.” 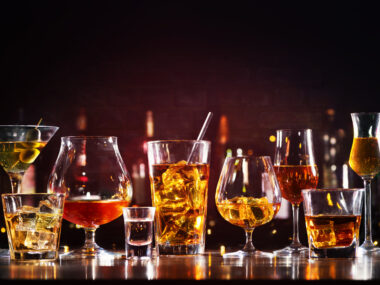 Read More
Newly proposed low-risk alcohol consumption guidelines are a big change from long-held official recommendations. Nobody’s saying the party is over, but UCalgary experts make a convincing case to slow it down. 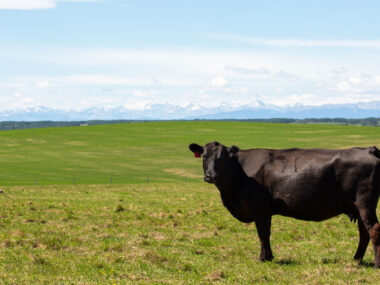 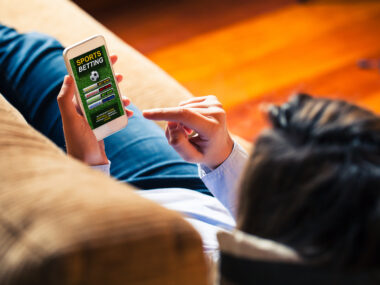 Read More
New federal rules allowing faster-paced online sports betting are changing the game. A clinical psychology professor says we need to know when to walk away (and when to run)